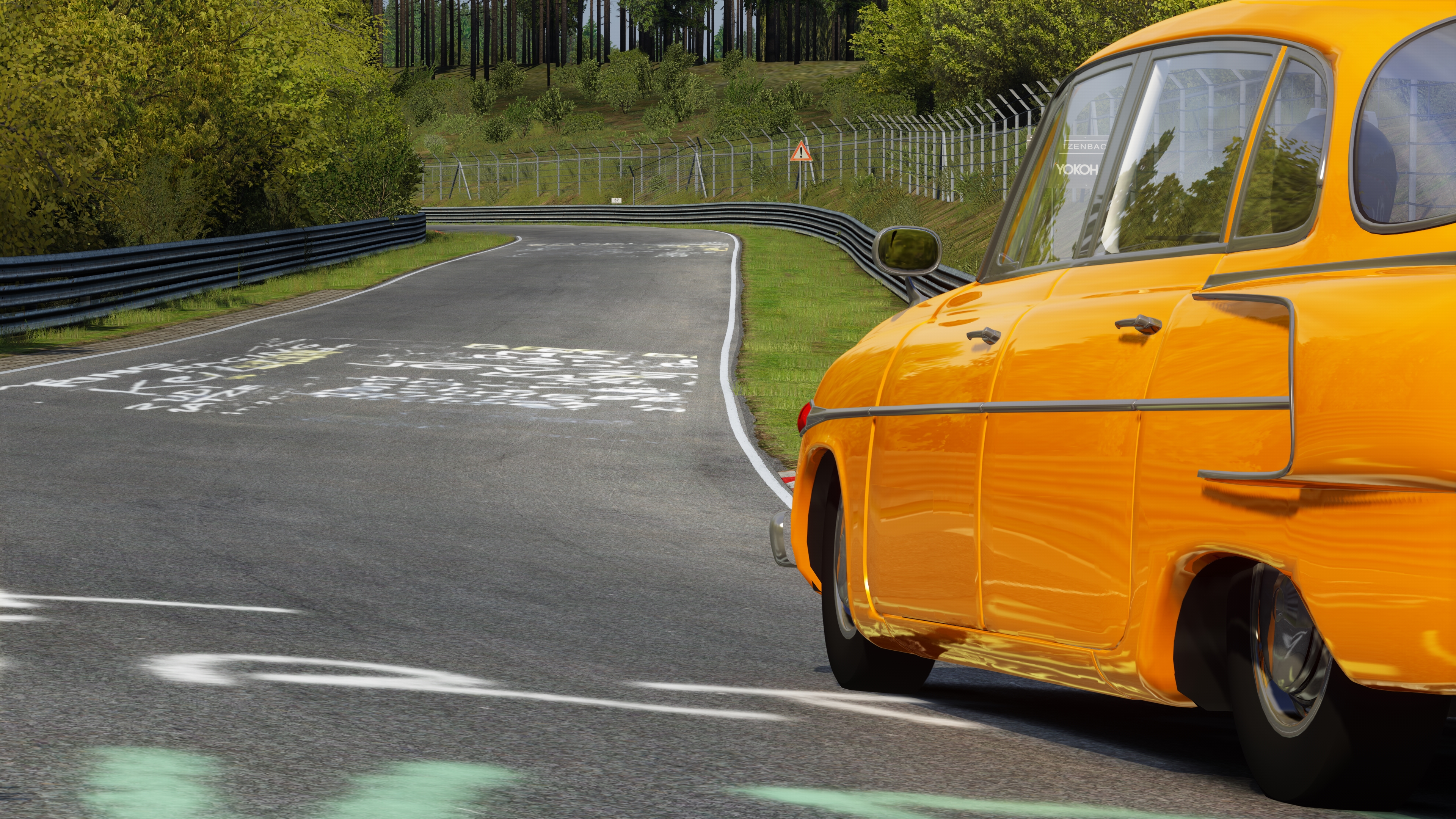 Summer season is in full swing, people are resting at seas or in the mountains, but not us. We like to rest actively, mostly sitting on our asses at the computer, sweating in our uncomfy seats and modding some stuff for Assetto Corsa 🙂

I don’t want to complain that I had to abbandon my flat and go to pretty unpleasant conditions for 6 months, 2500 km from my home, moving from 34″ curved beauty to 15″ laptop. There is still a lot of stuff what can be done even in modest conditions, so here you can find a list of updates and some info about what’s comming next.

It might appear that we have abbandoned this project but it is not true. I was busy doing something else, but planned to return and finish this awesome track. I realised that there is almost nothing to be added to the track, it appeared to be almost finished. But as usually when I opened the MAX file after couple of months, I found out a lot of issues which I had to fix before going to 1.0 version. I hope I managed to find all flaws and issues and the track will work as intended. After some testing period the 1.0 update (with potential fixes) will be posted to RaceDepartment.

This little devil was sitting in my computer untouched for a while, but I promised to improve interior textures in rally version so I did. There were some other small fixes, but the most important information is that we managed to hire a specialist who is working on scratch made sound for our mod. So another update will be with new sounds and will go to directly RaceDepartment as well. I am looking forward hearing the mod when the sounds will be finished. The guy who is working on it is really skilled.

A few days before I moved to my “temporary home” in Turkey I had been working hard on fixing the R5 mod. When we were testing it we found some issues in data files, so we fixed it but… forgot to upload it to our web 🙂 It was lying 2 months on my harddrive untouched, but luckily I found it, assembled the files together, fixed some small errors and uploaded here as version 1.1. I found a typo in directory name, so when you will find 2 R5s in your collection delete the one with “drti” in the folder name 🙂

As we like to mod and create, we still like to race on track. So we decided to use our new mark to create a racing team which will compete in various simracing competetions all around the world. At this moment there are 4 people in team, we even have real TCR driver among us, so we are excited what will this experience bring to us. More info will come in the near future 🙂

The world is still full of good people who are willing to support good things. So we are very happy to announce the beginning of our cooperation with Netbis s.r.o. from Slovakia, the company which provides webhosting and various IT services in Slovakia. The company owner is a very good friend of mine, so he supported our team with our own Assetto Corsa server. So when you will want to try our mods , just start the Content Manager (there is still someone who doesn’t use it? :)) and look for TM-Modding.eu Test Server #1. You can try all our major mods in one place. There is no password and missing content installation in CM is supported. Enjoy!

In very close future we plan to finish Lausitzring to final version, most of the work was already done, it just needs some finetuning and testing. But I hope it will be ready on the end of the summer. What’s more interesting, we started to create another legendary Czechoslovak car. This time it won’t be Skoda but something else and more interesting. We will publish more details when the basic work will be done and the vehicle will stand ingame. Stay tuned and enjoy the rest of the summer!